The Goddess of Knowledge

Saraswati is the goddess of knowledge, music and art, and is the daughter of Lord Shiva and Ma Durga.   In West Bengal, Saraswati is revered by schools and universities, because of the belief that she endows the worshipper with speech, wisdom and learning.

Saraswati Puja takes place this year in later January, so preparations of clay images at Kumartuli began in late December.   The energy at Kumartuli is much quieter than the frenzied activity of Durga Puja preparations, but there were a group of artisans in the neighborhood who were making some spectacular images! 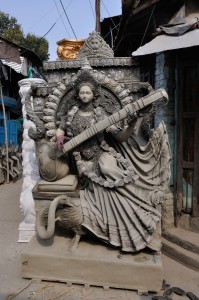 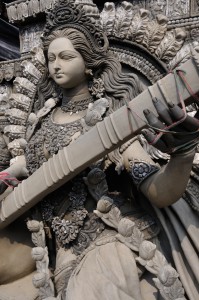 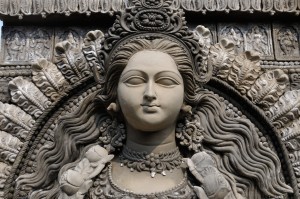 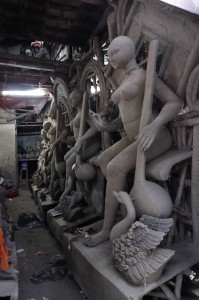 This image is about 14 feet tall.

Saraswati is either accompanied by or seated on a swan, and is dressed in white for purity.  In the images made at Kumartuli, she is mostly depicted with two hands that play a stringed instrument called the veena.  In the images where she has four hands, the other two hands will hold a rosary and a book. 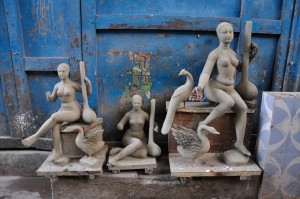 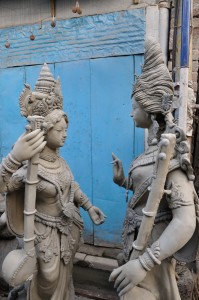 Pair of life sized Saraswati figures placed as if conversing. 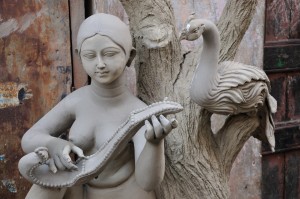 Saraswati is also a prominent figure in Buddhist iconography – the consort of Manjushri.   Her early history is as a river goddess, and I saw a number of figures adorned with flowing, watery imagery. 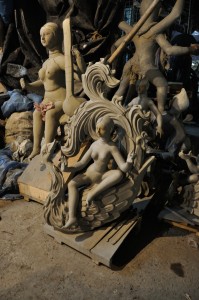 Dilip Pal and his assistants were working on eleven commissioned Saraswati images during this time, ranging from two to four feet tall. The floor of Dilipda’s studio at the Shovabazar Rajbari was blanketed with straw, as assistant Netal Pal bent and wrapped and compressed the straw into voluptuous female forms. 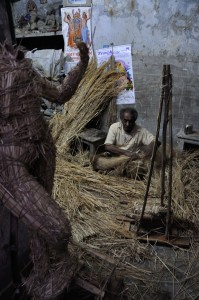 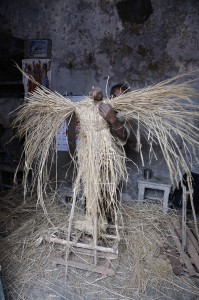 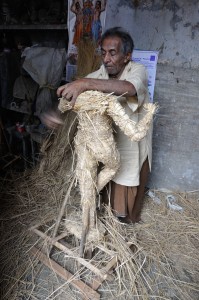 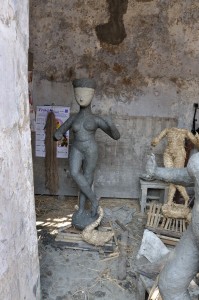 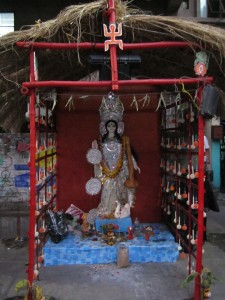 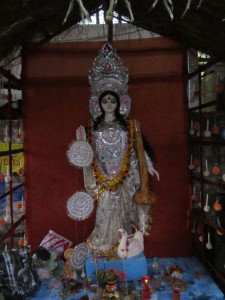