On the morning of my second day in India, I had the great fortune to make my first trip to Kumartuli, which is a neighborhood of image-makers that is located slightly north of the center of Kolkata. Leading the way was the delightful Partha Dey, a Kolkata native and visual artist who was a Fulbright Scholar at the University of Iowa a few years ago.

Our first stop was at the Shovabazar Rajbari (raj=king, bari=house) to meet Dilipda, a friend of Partha’s and the well-known sculptor who was currently in the process of creating the Durga  sculptural tableaux for the annual Shovabazar Rajbari’s Durga Puja celebrations.   He had already created his figures through the first stage of rough clay and straw formation, so we made arrangements for me to come back when Dilipda would begin his next stage of work.

Next we wandered through the main area of Kumartuli, with narrow streets such as this one, 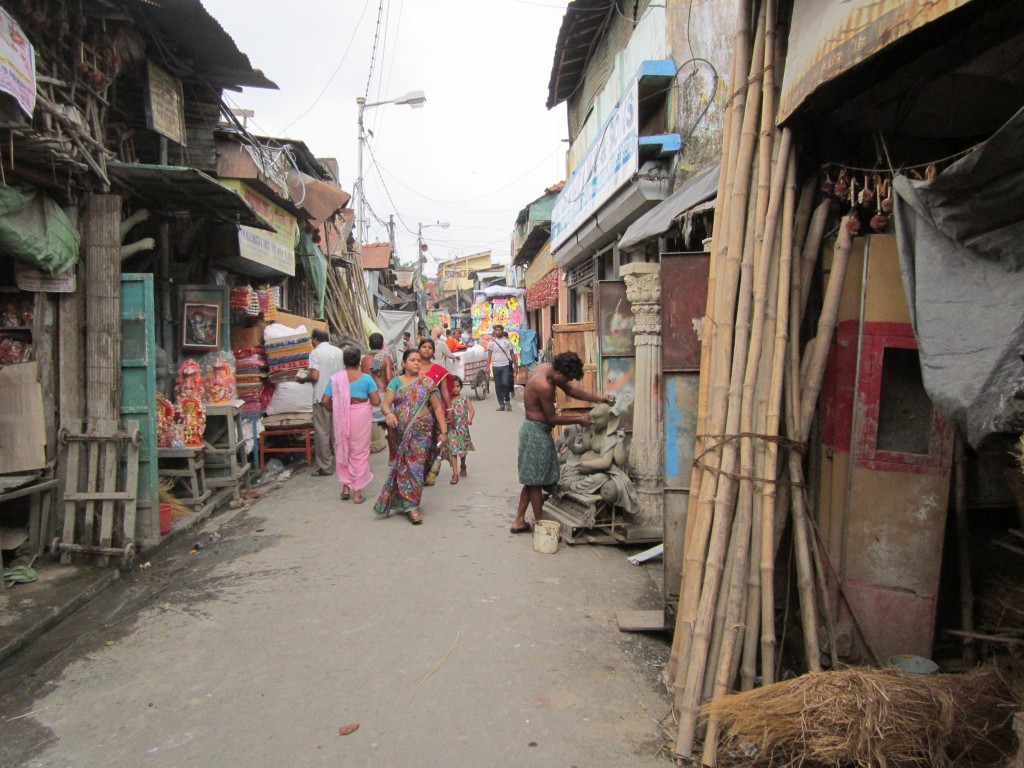 lined with the workshops of many image-makers. Some workshops are tiny spaces, some are so narrow that we marveled at how the sculptors can gain any sort of perspective on the figures as they work! Look at the size of some these sculptures! 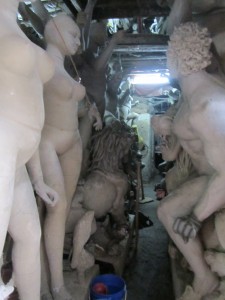 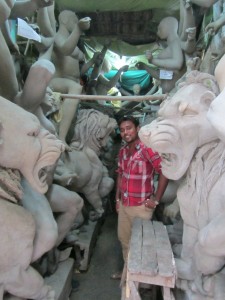 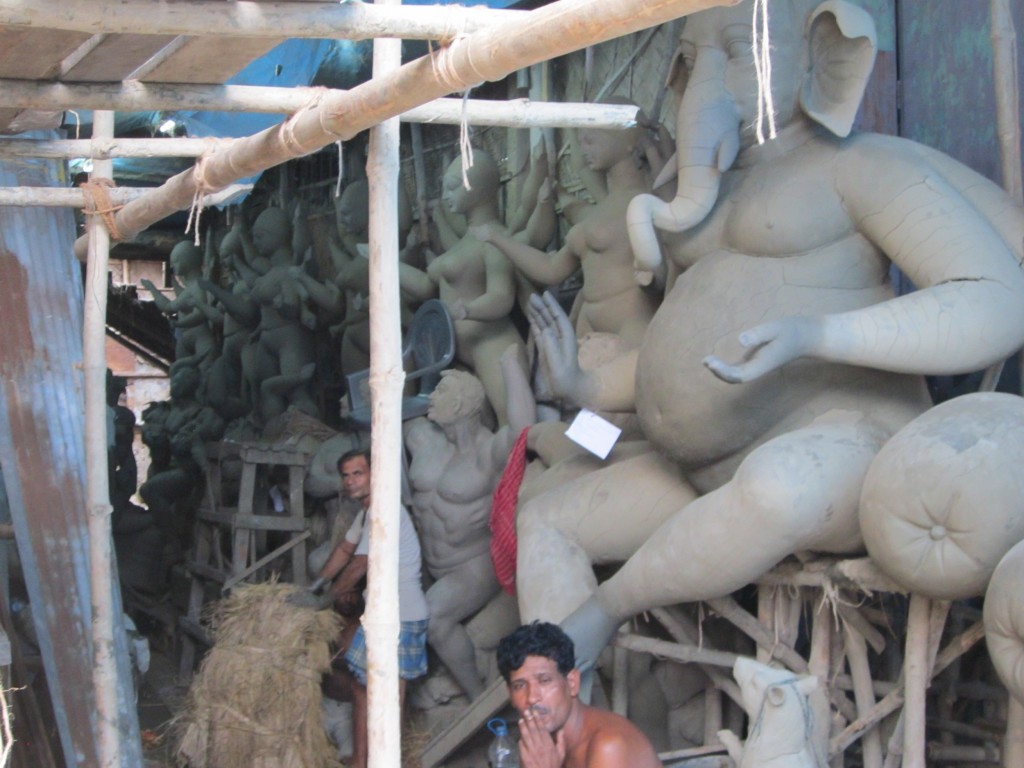 In the time before I left for India, I had been concerned that I was arriving so close to the date of the celebrations that all of the images being made for Durga Puja would be so far underway that I would miss the chance to witness the whole process. Happily, these concerns were unfounded! Images were in every state of progress. 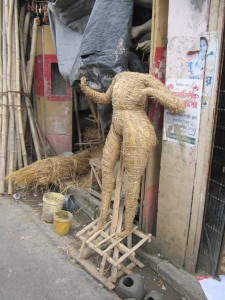 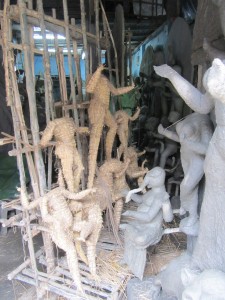 The foundation of each image is built using split bamboo as a support structure, to which basic forms of straw wrapped with jute are added to make the rough figure.  Then a first layer of clay mixed with straw for strength, is added to the straw figure.  Once this dries, a second layer of smooth clay (in Kumartuli, this clay is taken from the banks of the Hooghly river) is added to the image to allow for more  refinement and detailing.  The photo below depicts this difference between clay/straw and smooth clay layers in two Ganesha images. 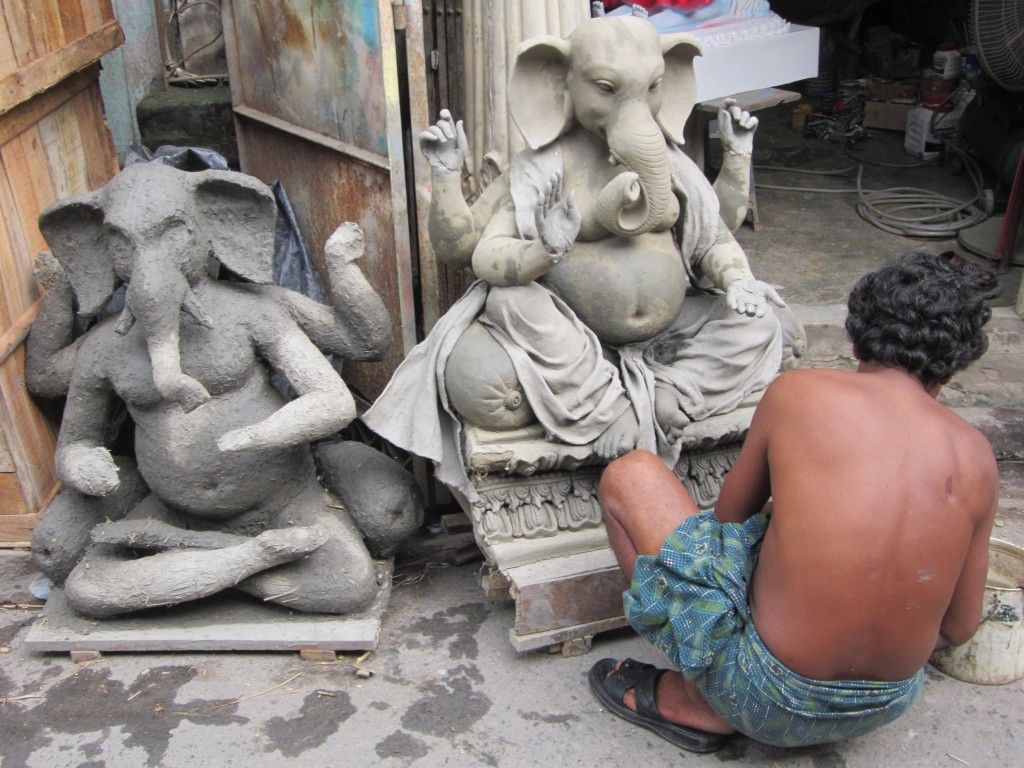 Workshops are everywhere, in houses, shops, street side, and even right next to the train tracks. 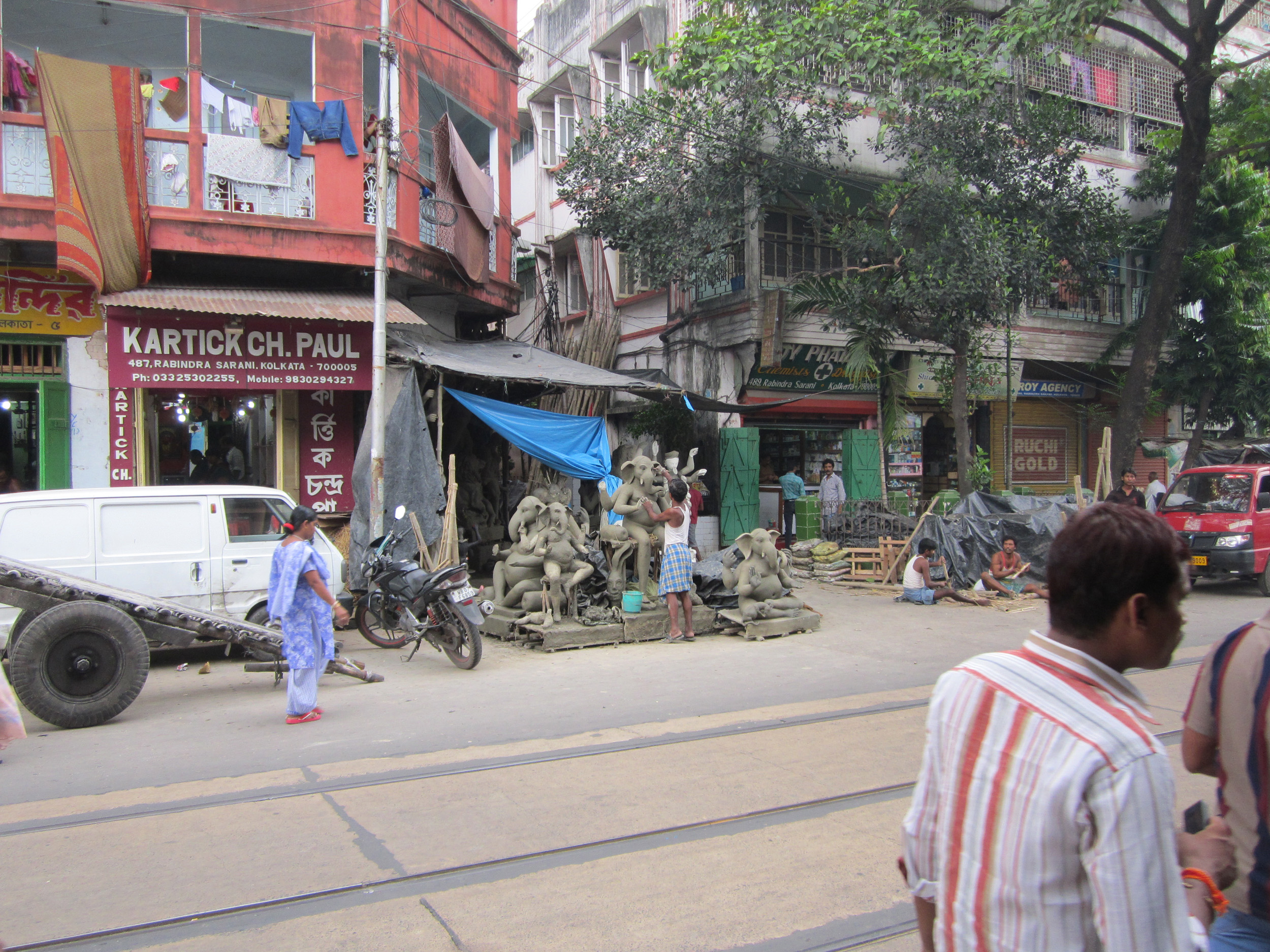 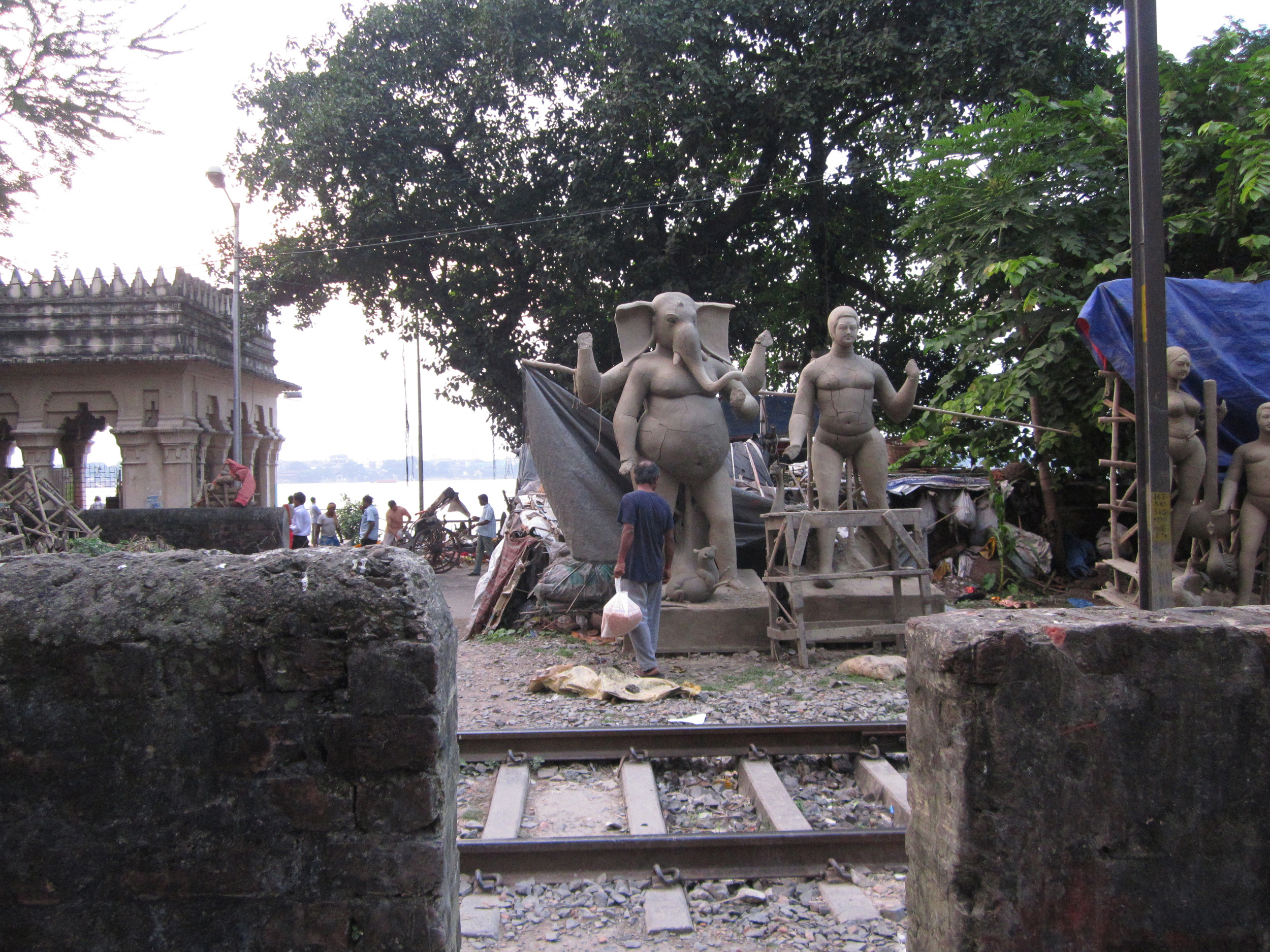 So at this point, some may ask, ”Who is Durga?”  And, “Why is all of this work being done on her behalf?” 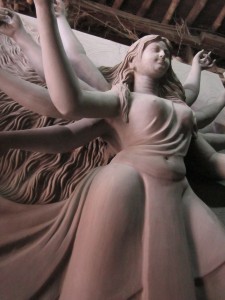 As described by Nilima Chitgopekar in The Book of Durga, “Myths associated with her (Durga’s) origin name her as Shakti—the female manifestation of cosmic energy—created by the fusion of the fierce energies of all the male gods and stronger than their combined strength.  She is the scourge of demons, as she is protectress of the realms of gods and humans.  Her anger is terrifying, her lust for victory in war overwhelming, on the battlefield she is merciless, even savage.  Yet she may just as easily transform into the consort of Shiva, daughter of the mountains, sister of the gods, or mother of her four children and of all mankind.”

I’m excited to learn more in the coming weeks before Durga Puja.