How wonderful! In January I was invited to be part of an international group of ceramic artists who would  be working together at Maihol House, an artists’ residency center in Maihar, Madhya Pradesh.  Countries represented are India, Australia, Latvia, France, and the USA.

Maihol House is also the family home of Ambica Beri, who owns Gallery Sanskriti in Kolkata.  Ambica, a generous and nurturing soul as well as an avid supporter of the arts, sponsored all of us to participate in this wonderful residency.  She is also in the midst of opening another amazing residency center not far from Maihol House, called Art Ichol. 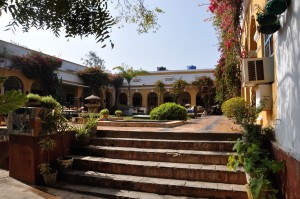 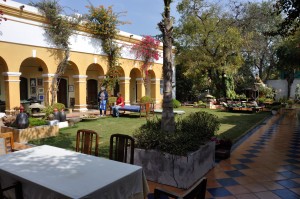 A twenty-three hour train ride later, I was met at the Maihar station by Kolkata ceramic artist Aditi Saraogi.   At Maihol House, I met three of the other invited artists, Anjani Khanna from Mumbai, and Eugenia Logovia and Anatoli Borodkin of Latvia, as well as Ambica Beri and her brand new assistant, Tanya Dutt.  The next day Eugenia and Anatoli and I set out to spend some time at the famous Khajuraho temples, as well as to rendezvous with the remaining two invited artists, Isabelle Roux of France and Sandra Black of Australia. (Khajuraho is one of the closer airports to Maihar.) 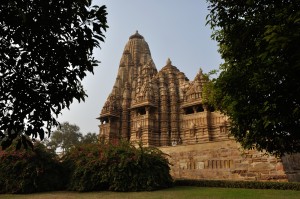 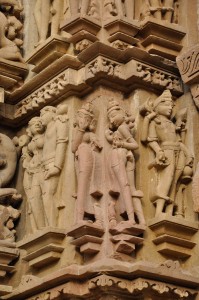 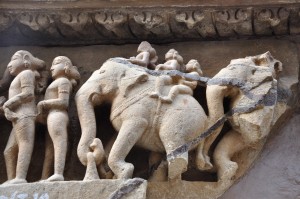 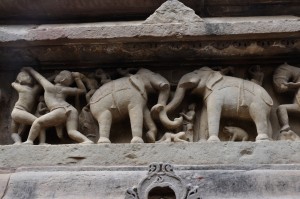 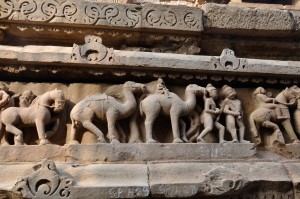 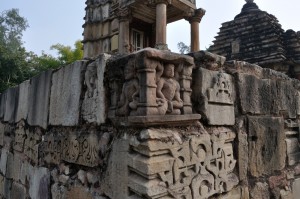 Most of the temples have had some sort of reconstruction of over the last few hundred years.  The platform for this little temple was created with what looks like portions from many different temples, giving the effect of sculptural collage.

The next day we began our work at Sanskriti Ceramics. 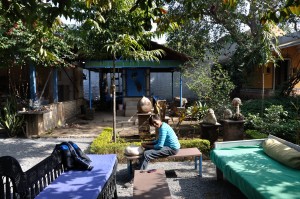 Aditi working outside near the ceramics studio 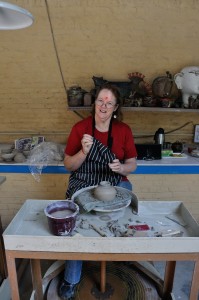 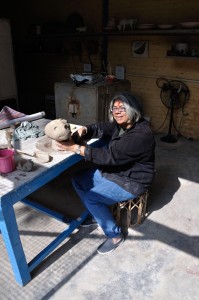 My lovely roommate for the residency, Anjani Khanna, in the midst of creating one of her yalis. 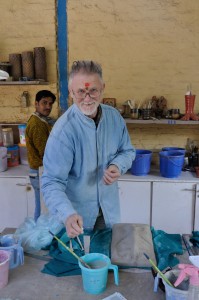 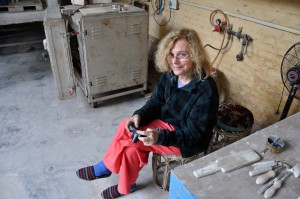 Isabel takes a break from work on her gorgeous vessel forms 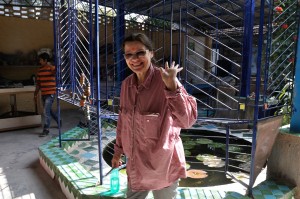 Eugenia near the studio pond 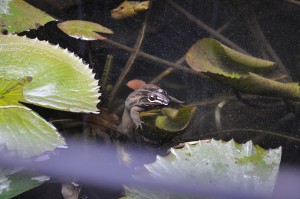 My new friend who lives in that pond, and was the inspiration for the sculptural platter below 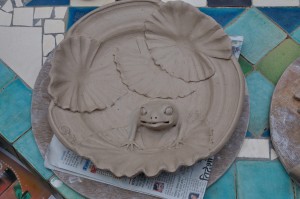 After some intense days, we set our works out to dry, and Ambica took us to the Maihar Devi temple, which is dedicated to Sharada Ma, an aspect of Saraswati (goddess of knowledge, music and creative arts). 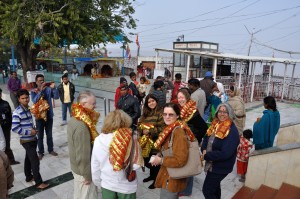 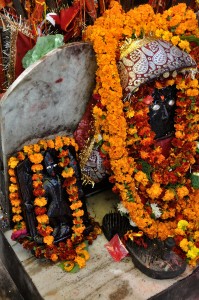 one amazing shrine on the side of the main temple

On the way back to Maihol House we stopped near some brick makers and their kilns to learn about the process. 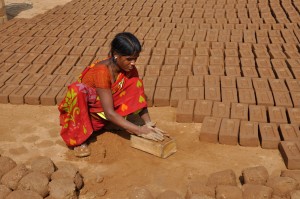 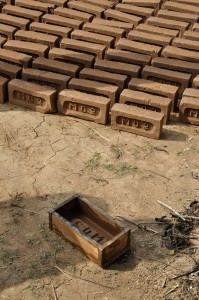 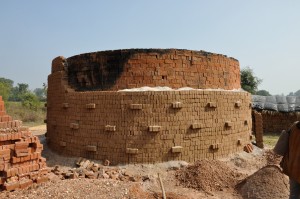 The next day we went to the Maihar Music School for a wonderful concert of Indian classical music given by the school’s instructor.  We learned that this school is famous as the place where Ravi Shankar studied. 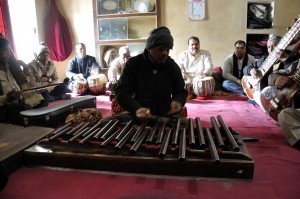 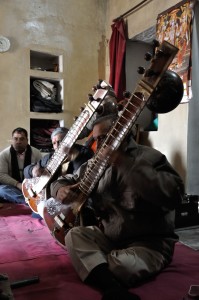 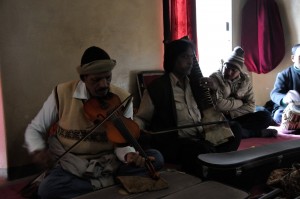 If these great experiences weren’t enough — Aditi worked with Devilal Patidar of Bharat Bhavan in Bhopal to organize an international symposium at which we presented our works to a large and receptive audience. 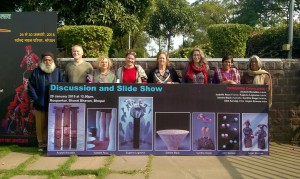 Bhopal is a city that is very supportive of the arts, and we visited a number of beautiful museums, among them the astounding Madhya Pradesh Tribal Museum.  Much thanks to Devilal for rolling out the red carpet for us all!

And then, too soon, it was time for me to say adios…..

A photo of our bisqued works laid out for an experimental woodfire. Eugenia’s lively elephants take front stage.

I had to leave the group a few days early, since my husband was flying to Kolkata for a long-awaited visit, and the return train ride would be at least twenty hours with the currently foggy weather conditions.  Nevertheless,  I left with many great memories!!  Much thanks to Ambica and Tanya, to Aditi for the invitation, Devilal, and to all of the other artists for the clayful camaraderie.  We shall meet again!